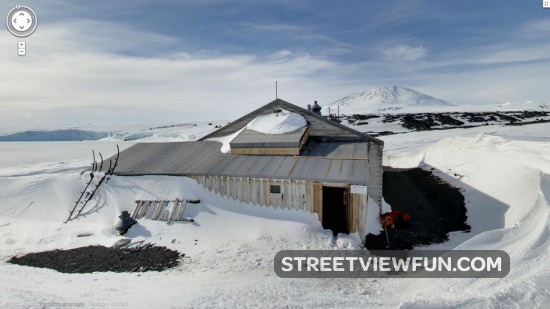 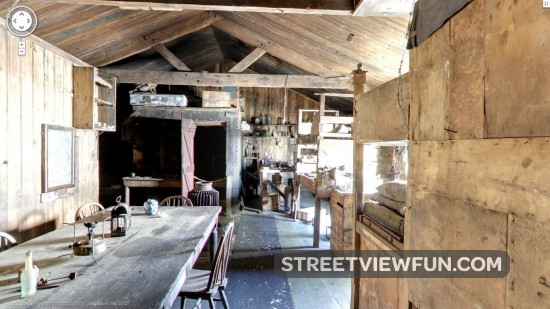 Scott’s Hut is a building located on the north shore of Cape Evans on Ross Island in Antarctica. It was erected in 1911 by the British Antarctic Expedition of 1910–1913 (also known as the Terra Nova Expedition) led by Robert Falcon Scott. In selecting a base of operations for the 1910–1913 Expedition, Scott rejected the notion of re-occupying the hut he had built by McMurdo Sound during the Discovery Expedition of 1901–1904. This first hut was located at Hut Point, 20 km south of Cape Evans. Two factors influenced this decision. One was that the hut was extremely cold for living quarters and the other was that Scott’s ship, the Discovery, had been trapped by sea ice at Hut Point, a problem he hoped to avoid by establishing his new base further north.

Some confusion arises because Discovery Hut can correctly be referred to as ‘Scott’s’ Hut, in that his expedition built it, and it was his base ashore during the 1901–1904 expedition. But the title ‘Scott’s Hut’ correctly belongs to the building erected in 1911 at Cape Evans.