It looks like google just got itself into another potential controversy. This little chilean girl is playing in the street. 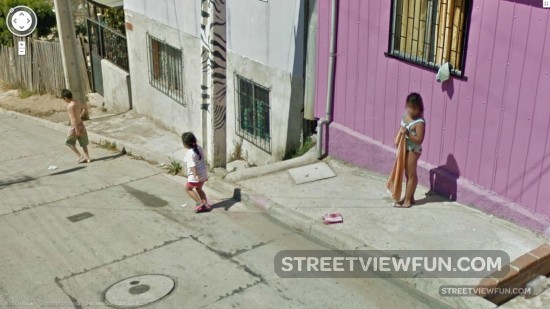 Next image is a scary one. 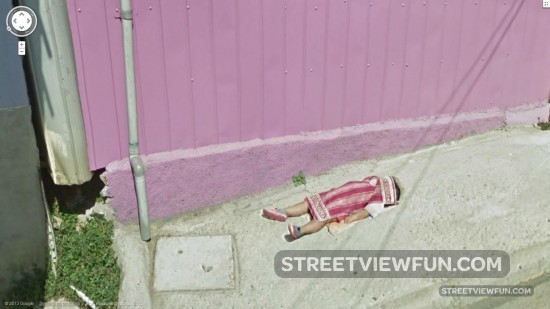 It’s likely that the images were taken in the opposite order though and google is not guilty of anything here. It also looks like the google car stop to see if there’s something wrong, since the first image is the only one in which she is playing in the street. Apparently everything was ok, so google moved on.

Notice how the two towels are visible in the first image too. Looks like it’s part of a game. Hide and seek?