The story behind this scene:

Three people, including a teenager, were sentenced for their part in the street fight in West Sussex in April.

A damaged white van, which sparked the violence, is also pictured in America Lane. 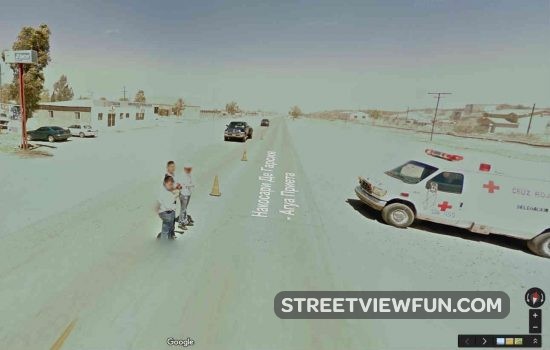 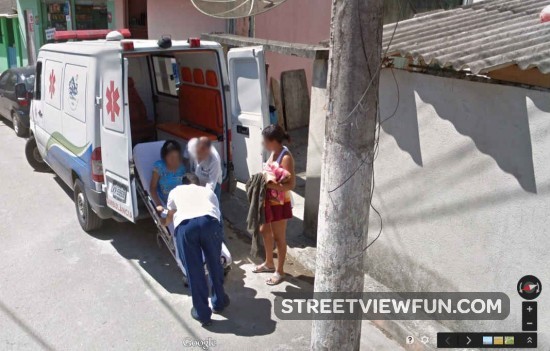 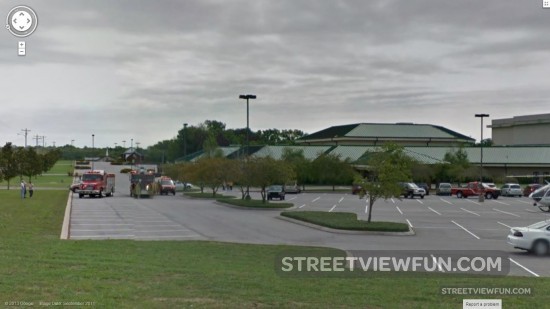 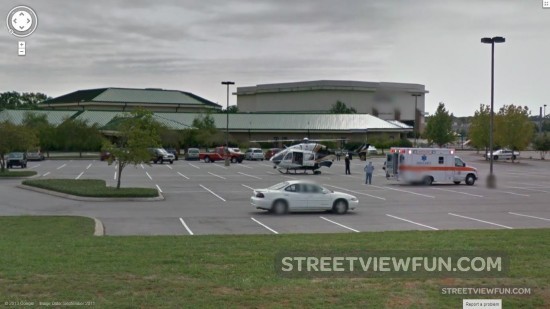