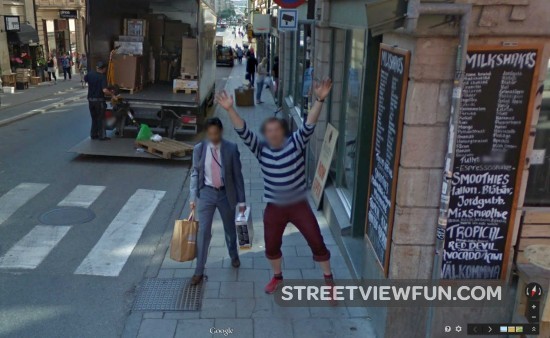 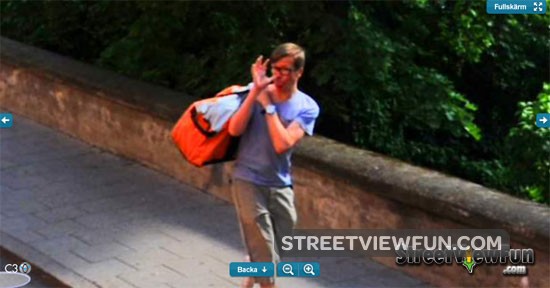 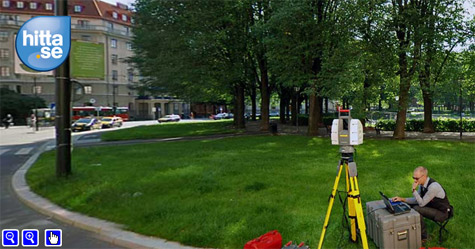 A similar service to Googles StreetView has opened up in Stockholm, Sweden today named Hitta.se Gatubild (hitta means find). MapJack made the panorama images so I guess it could be available soon through their site aswell. Unfortunately I haven’t yet found a way to link directly to images. 2 million images were taken in June until September 2008 during mostly sunny days. The 2 cars who did this drove 1200 km in and around Stockholm city.