The small house was at the top of the Globe during a short period of time in 2009 to promote the idea of putting a swedish cottage on the moon. The Globe was built in 1989 and is used for shows, concerts and ice hockey. It has an inner hight of 85 metres (279 feet). Ericsson Globe used to be known as Stockholm Globe Arena. Locals just call it Globen (The Globe). 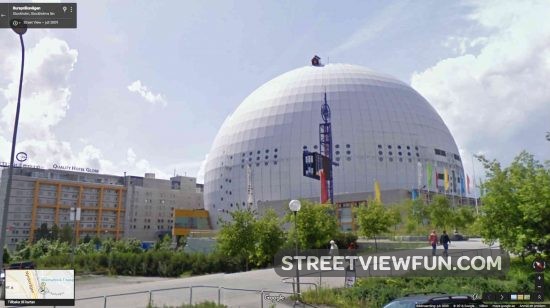 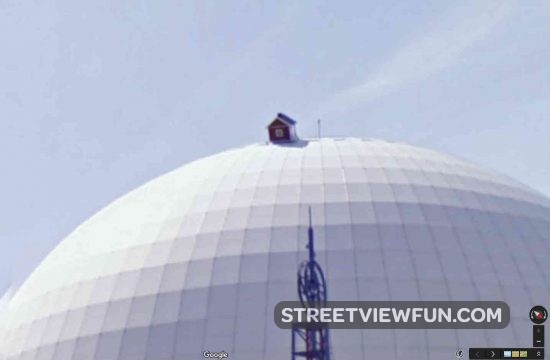