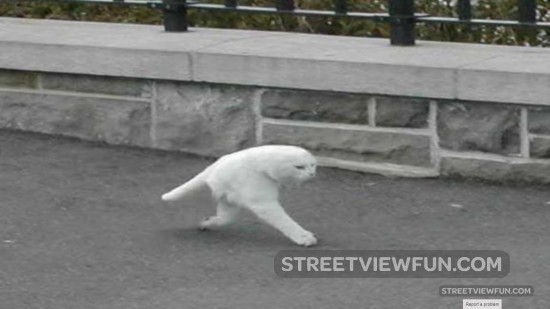 This image has been posted on several sites claiming it’s real, but it’s been revealed as a fake by reddit and The Independent. Apparently this photoshopped image of a half-cat has been around longer than Street View.

You can see the real Thumbelina cat with four legs here: 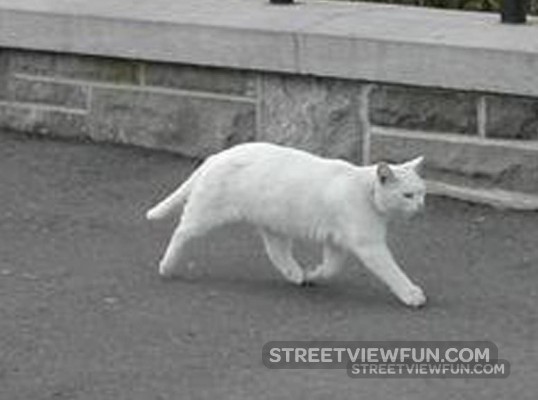