This is The Stig (from the british tv show Top Gear) in his car preparing for the nearby shot already shown on streetviewfun.com (The Stig revealed by Google Street View).

This particular shot can only be found by using the new “Time machine” option of Street View, going back to September 2009 from 2011 (the last shot). 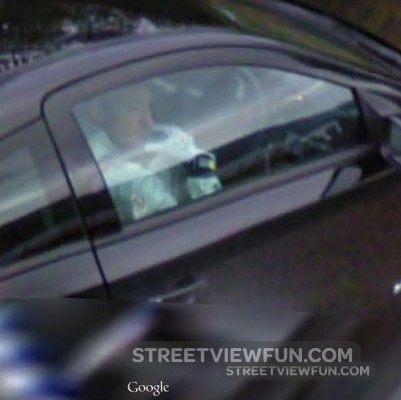 Can you tell if an image was generated by AI or photo?