Streetview cams captured two muggers and the victim in Groningen, Holland. The two thiefs stole a mobile phone and 165 euros in cash. The 14 year old victim later found the StreetView image and reported it to the police. Google had blurred the faces as they do with all images. Luckily they also keep a copy of the original images and released the image to the police. One officer recognized the muggers. Two brothers aged 24 was arrested. This according to local news sources in Holland.

This is the image: 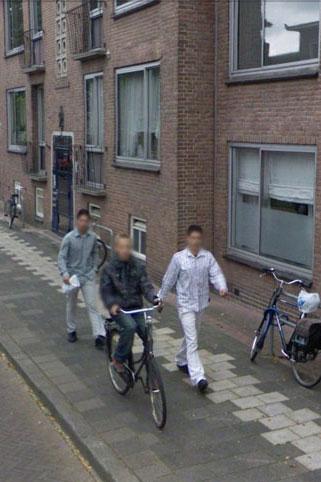 Another serious bug in Google StreetView!

5 thoughts on “Mugging solved thanks to StreetView”