The Marum Lava Lake in the tiny nation Vanuatu is one of the largest boiling lava lakes on earth. Google Maps explain how they got the images:

To get inside the active volcano, we partnered with explorers Geoff Mackley and Chris Horsly, who repelled 400 meters into the Marum crater with a Street View Trekker collecting 360-degree imagery of the journey down to the molten lava lake, which is roughly the size of two football fields. 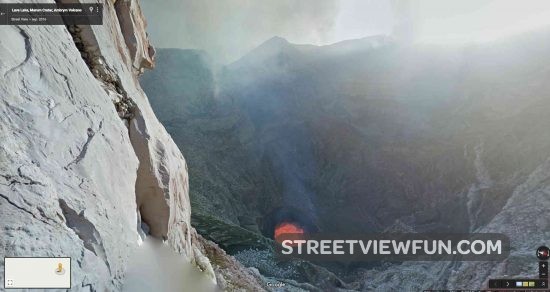 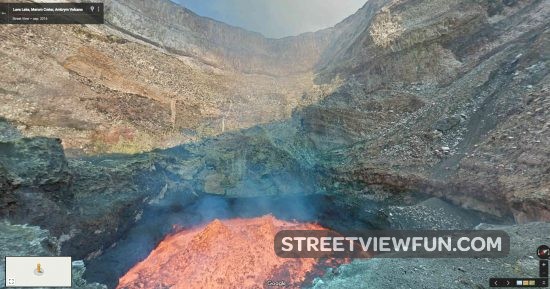 Driving over a fire hydrant is not recommended. (t